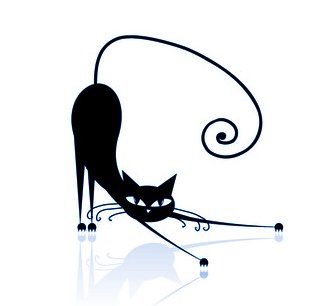 Carrier/ OE Carrier: Parent is a carrier of Odd eye, or there was a kitten born as a sibling, or repeat breeding of same parents known to be an odd eye carrier.

OE Carrier??:  It is thought that this cat is an Odd eye carrier, meaning a kitten with odd eyes should pop up sooner or later.

CH: Competed in Championship and earned the title "Champion"

Proven: Has proven that the cat carries specific gene (earlier theorized or tested for) or has produced offspring.

HZ Homozygous: Proven to carry a specific gene that will produce only those types, no matter what the cat is bred to. (example Homozygous SH- will only produce SH kittens, even when bred to a LH)

Heterozygous: Proven to carry a specific set of genes that will produce one way or the other depending on genes of  the mate.

Pure: A Persian that does not or has never had the CPC (Himalayan)  gene- will never produce a Himilayan kitten, even when bred to a Himalayan or CPC.

Pure Exotic: An Exotic that has no CPC in their DNA.

Bi-Color: A cat having 2 or more colors- in the case of calico, red and white, black and white, etc.